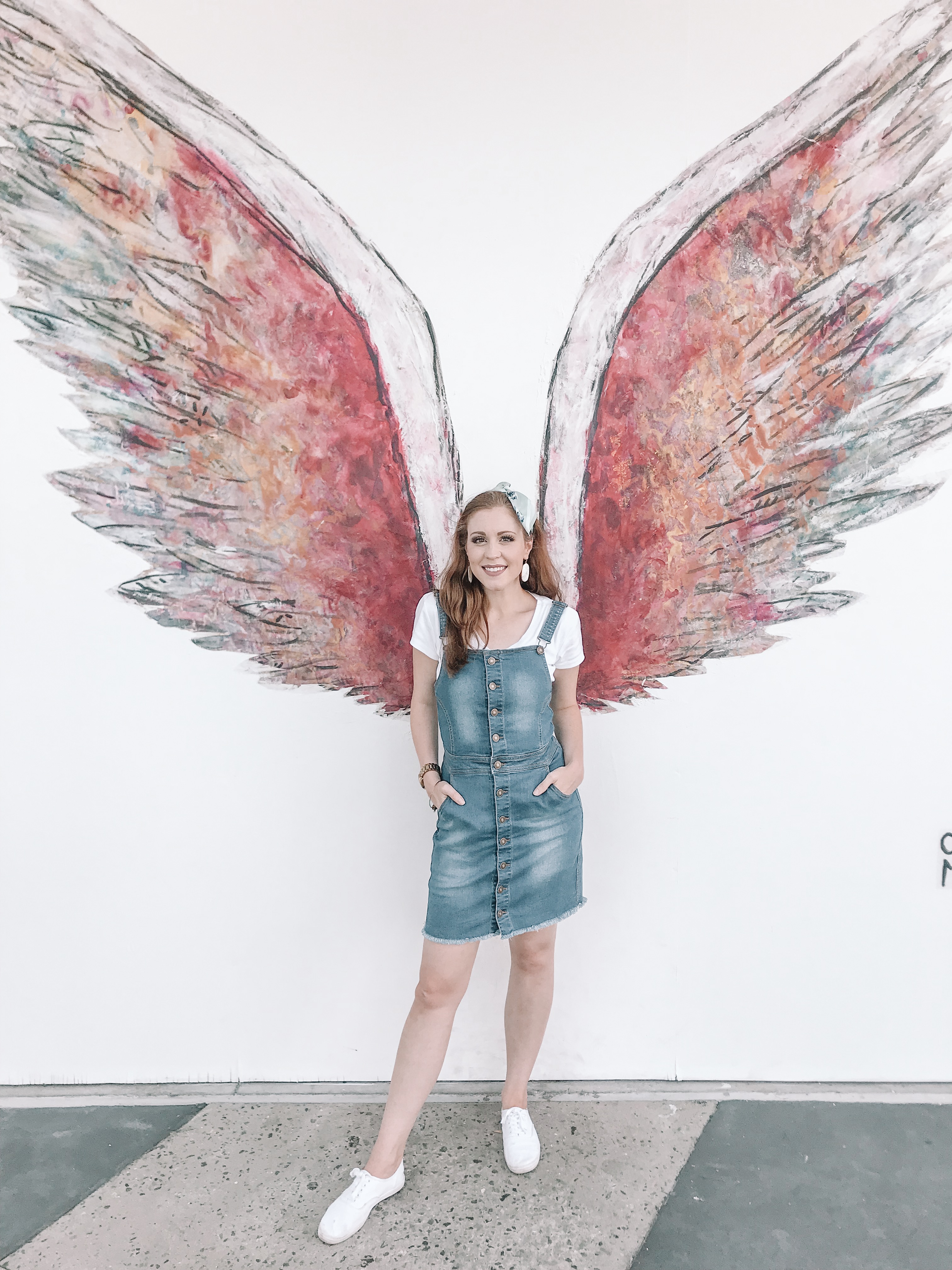 A full breakdown of her highly anticipated 7th album

This is by far the most upbeat album she has ever put out. As an OG Taylor Swift fan, it’s wonderful to finally see her truly happy, and it definitely reflects in her music. There is something for every type of Swift fan in this album, and she really does give you a wide range of music; from happy to sad, from electropop to infringing upon grassroots country.

I Forgot That You Existed

Oh my gosh what a freaking bop. This song is the perfect break-up “moving on” song that you dance to with ya besties on a GNO. It’s fun, it doesn’t take itself too seriously and yet it still speaks truths that I can never seem to put into words on my own, which is the magic of Taylor Swift. It’s such a feel good song. Instant love and I’m predicting it will go to the top of the charts. Favorite line: Free rent living in my mind 10/10

I’m not a huge fan of electro-pop, I’m not gonna lie. But, this song still has a great beat to it and it’s catchy. It’s definitely one of those “summer-defining” songs like the Jo Bros songs have been this year. Total car top down, wind in your hair, yelling the lyrics with all your friends on your way to Sonic. And that yelling she does in the bridge is awesome where her voice gets all raspy? Amazing. Also, major Out of the Woods vibes. Favorite line: I don’t wanna keep secrets just to keep you 8/10

*swoooooon* This song is everything I could’ve wanted from Ms. Swift (or should I say Mrs. Swift????) OG fans should be extremely happy with this. Arguably one of the most romantic songs she has ever written with a bridge that gives you chills and all the feels at the same dang time, it’s the type of songwriting that put her on the map, and reminds us all why we fell in love with her as an artist. It’s deep, it’s personal, there’s plays on words and metaphors, it’s relatable and her inflection is out of this world. It makes you want to “dance around your kitchen in the refrigerator light” with your one and only. My only beef with this song is that it wasn’t around in 2015 when I got married because it definitely would’ve been my first dance with my husband! Favorite line: Can I go where you go? 10/10

I love the concept of this song because I’m a big believer in fighting for gender equality, and it really hasn’t been done before in song-form but it is so needed. However, I do feel like this song falls a bit flat and it’s one I will definitely end up skipping. Super disappointing for me! Favorite line: When everyone believes ya, what’s that like? 3/10

This song was a slow love for me. My experience with T Swift songs is that they can be like an onion- you have to peel back the layers a bit to get to that sweet spot. Indeed, this song is buried in metaphors and references that I feel some of us will never even know. Once you finally get the depth of her message, this song will be a “love” for you too. My personal favorite line: “all my enemies started out as friends”. Pierce my soul, why don’t you??? 8/10

I Think He Knows

Definitely a slow love for me again, like The Archer but the lyrics are cut-throat, which is a major draw for me. It reminds me a lot of her songs on reputation, which is my least favorite album. She does bear her soul in this song, though, although it can be hidden in the electro-pop beat. I like her verses way better than the chorus, which surprised me. Favorite line: He better lock it down or I won’t stick around cause good ones never wait. 7/10

I had heard from the secret sessions this one was a let down but it was an immediate love for me. I think it sounds like a Halsey song and I’m obsessed with her music. The prom/pageant metaphors are classic Swift and I’m here for it. I had no idea how she would incorporate this title successfully into an actual song but I should know by now that I don’t doubt her and her immense talent. The lyrics are GOLD and it was extremely hard for me to chose. I have a feeling that this song will end up not getting the recognition it deserves. Favorite Line: You play stupid games, you win stupid prizes. 8.5/10

Whoa, this was totally not expected. I’m feeling an ’07 All American Rejects vibe to this and… I really, really like it. This is a sound and vibe we haven’t heard from Swift before and it’s awesome that she’s still reinventing herself with new sounds after 13 years of dominating the business. reptuation fans will be excited to know that this is a King of My Heart 2.0. You can clearly see the difference in her state of mind and happiness on this album vs the last album. I can only imagine the amount of fun she had recording this song! It just makes you so happy! This song belongs in a classic teen romcom (like She’s The Man!) Favorite Line: I like shiny things but I’d marry you with paper rings. 10/10

1989 fans will go gaga over this song. I definitely feel like this song could’ve been on that album! I really like her pop songs that still bear her soul, and I’ve missed this Swift. Her bridge is so sweet and pure; the fact they recorded the bridge as is without heavy editing really adds a personal, emotional touch to the song. Favorite Line: That’s the kind of heart break time could never mend. 8/10

Death By a Thousand Cuts

I had heard from the secret sessions that this was also a let-down so maybe my expectations were low, but I really liked this song way better than I thought I would based on the initial reactions. The piano in the background is magical. Again, this song is very reminiscent of 1989. The bridge is also classic Swift: lots of heavy metaphors paired with quick talking. Again, Swift outdoes herself on the lyrics. She manages to have a sad song with a happy beat. Favorite Line: Gave you so much but it wasn’t enough 8.5/10

UHM is that Joe’s voice in the beginning???? (Not confirmed because I don’t have the physical copy in my hands- will update). Anyhoo, instant love for me. Great beat, such catchy lyrics. Favorite Line: I fancy you 8/10

I was so so so ready for this song. The first time I saw her Me! music video and saw the painting of the Dixie Chicks along with her “cool chicks” line, I knew it was an Easter Egg pointing to a collab. Hearing the first chord was amazing, because it’s stripped-down Swift. We haven’t heard that since Red, and OG fans have really been missing that in her latter songwriting days as it got lost a bit in her crossover to Pop. It’s such an emotional song because it’s about her mom, who has been battling cancer. It’s also very similar to her song Best Day from Fearless. I can’t confirm this but just upon hearing it, it sounds like the same key as that song and many of the notes are similar. It’s raw, vulnerable and one of the realest songs we have seen from her in a long time, which is exactly what I have been hoping for. Her voice sounds amazing with the Dixie Chicks, as well. It was perfect pairing, and it proves Swift can still write incredible country songs for herself. I love hearing her back to her roots. Going to cry myself to sleep now!!! Favorite line: Desperate people find faith, so now I pray to Jesus too 10/10

I went into this song with some mixed emotions, as I heard differing things from the secret sessions. The jazz opening is incredible. I love her talking some of the lines. It’s not my favorite, though. Fell a bit flat for me as well, and I could easily see it being background music in an upscale bar. Favorite line: I’m New York City. 6.5/10

You Need to Calm Down

This song is savage and I am here for it. It’s a brilliant clapback at all of her haters, and the haters of her friends, and I couldn’t love it more if I tried. It’s the grown up Blank Space, and just seeing her so unbothered floating in a pool with a margarita in one hand adorned in a hot pink fur jacket while her trailer burns behind her is a straight MOOD. It shows how much she has grown since 2014, and I love that she acknowledges real-world issues. Favorite line: (scream it with me) SHADE NEVER MADE ANYBODY LESS GAY! 10/10

I love Swift musing her habit of breaking good things, and her imperfections!!! Instant love with this song. The lyrics are on point again and the track is the perfect beat. Her voice in the chorus is great and I’m impressed with how far its come in recent years. I predict this song could top the charts if marketed right. Favorite line: Fighting with a true love is boxing with no gloves 9/10

ME! (feat. Brandon Urie of Panic! At The Disco)

While I do love this song, I hate to admit it was a bit of a slow love for me as well. I’m not sure why I struggled, it might be the music video? There was so much happening that I think it distracted me from the actual music. I love the overall arch message of this song, it makes you want to dance and it’s so positive, though, that it couldn’t help but warm my way into my heart. Favorite line: I know that I’m a handful baby 8/10

It’s Nice To Have a Friend

Yessss, straight Caribbean vibes with this! reputation fans will be happy to know this is Call It What You Want 2.0. I will say that I’m sad at the lack of lyrics in this song; it’s short and there is an interlude. It does feel like a bit of a fluff song, though. Favorite line: You’ve been stressed out lately, yeah me too 5/10

This song definitely sounds like the end of an album song. Again, Swift talks about her follies and how she meant well but ended up on the losing side. It’s nice to see that while people love to paint her as a snake who is always not telling the whole story, she is admitting to her faults and mistakes. The ending of the song is what makes it. Her voice memo and the piano chords!!! Favorite line: I’ll tell you the truth but never goodbye 8/10

I’m not sure I can choose a favorite off this album! So many great songs! What is your favorite?? Let me know!

2 thoughts on “A Review of Taylor Swift’s “Lover””